From 2016 MJWB will no longer be publishing to this blog. This page will be MJWB archived news from 2015 and before.
Posted by MJWB at 00:00 No comments:

What do you get when you mix accordion with violin, folk with classical music? Nature sounds played on an assortment of instruments, or instruments made from an assortment of natural objects? You’ll have to come to the concerts masterminded by Michael Ward-Bergeman in partnership with the Breckenridge Music Festival Orchestra to find out.

The League of American Orchestras Conference 2015 Tune-Up Party is hosted by The Cleveland Orchestra at one of Cleveland’s other impressive civic spaces located just across the street from Severance Hall – the Atrium at the Cleveland Museum of Art. With its spectacular design by visionary architect Rafael Viñoly, the Atrium is the place to be for the post-concert celebration to mingle with colleagues and enjoy the party Cleveland Style! 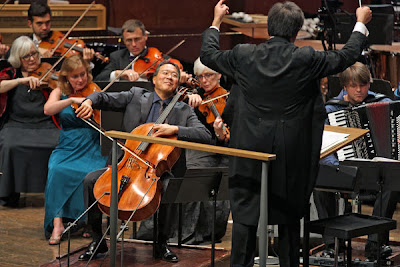 Michael performed with Yo-Yo Ma, Jamey Haddad, Cyro Baptista and the NY Philharmonic for their 2013 Opening Gala on September 25, 2013.  The performance was broadcast live on WQXR and will be televised on Live from Lincoln Center on PBS stations nationwide on December 31st, 2013 at 8pm EST.

I am pleased to announce the release of my GIG 365 : MJWB recording.  In 2011 I performed at least one gig on each day of the year in a wide range of venues.
I performed extensively throughout North America, and also in Europe and Venezuela.  The songs on this recording represent music that was meaningful to me during the journey, interspersed with a few conversations I had along the way.
The material is rooted in New Orleans and the Greater Mississippi Delta region.  The culture, history, music and people of this region left a profound impact on me during my GIG 365 travels.
The recordings took place in Bucharest, Romania and Cleveland, OH in 2012.  I was blessed to have my friend Ionita Manole organize some of the finest Roma Gypsy musicians in the world to record three tracks with me.   The remaining musical tracks were recorded with drummer Jamey Haddad.  I studied hand percussion at the feet of Jamey while I was attending Berklee College of Music.  We found ourselves on some of the same gigs after I graduated and became great friends.   I was also backed up on two tracks by a trio of fine, delightful vocalists from Gainesville, FL directed by Timothy Mulberry, Jr : Ryoanne McKnight, Cedrica M. Daniels and Shalita "Shae" Colbert.  I can't thank all of these musicians enough for giving themselves so completely to the music.
The conversation tracks are from videos that were taken during the year of GIG 365.  They represent some of the memorable people I was fortunate enough to meet and speak with.
The quite stunning GIG 365 drawing was done by Kate Cragoe Mayfield.   I met Kate during GIG 365 and she offered to do a drawing for me.   She asked me for a list of some of the more memorable gigs I had done and picked the six which adorn the cover.  They are clockwise from top right:

You can listen to excerpts from the recording at CD BABY. You can buy a CD or download tracks from there, or on Itunes, Amazon, and other online music retailers.  If you dig it, please spread the word and like my GIG 365 page and leave some feedback. I will be posting concert appearances, reviews, interviews and more there and on the GIG 365 blog. 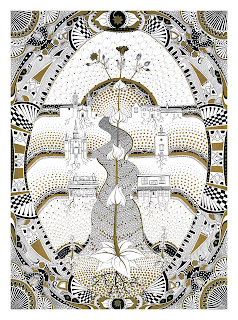 Groanbox has announced its first UK Tour of 2012.  Date and venue information can be found here:
Groanbox 2012 Spring UK Tour
Posted by MJWB at 05:33 No comments: